The research aims to prepare cordierite by using sources of alumina, silica, and magnesia from local and available raw materials (kaolin and dunite rocks). Cordierite ceramic was prepared by different mixtures of raw materials, different preparation methods (molding and hydraulic pressing) were used to form the starting materials, also magnetic separation was used to purify dunite from iron. Sintering the prepared samples at different temperatures (1200, 1250, 1300, and 1350 °C) for 2 hours. The prepared sintered samples were characterized by chemical analysis, X-ray diffraction, porosity, and bulk density. The proportions of oxides affect the preparation of cordierite also sintering temperature is a very important factor. For samples prepared by molding at temperatures (1200 – 1250) °C, different minerals appeared with cordierite (mullite, cristobalite, and corundum) by increasing the sintering temperature to 1300 – 1350 °C the cordierite peaks increased. Samples prepared by using dunite 30 wt.% and 40 wt.% cordierite was the only mineral that appeared. The preferred dunite rocks content was 30 wt.% because increasing the percentage of dunite in the mixture at 1350 °C leads to deforming of the sample. The chemical analysis of the sample prepared by 30 wt.% dunite and 70 wt.% kaolin is close to the chemical composition of cordierite. Different mixtures were pressed and sintered at temperatures 1250 °C and 1300 °C. The only mineral that appeared at 1250 °C was cordierite but with lower intensity compared to the sample sintered at 1300 °C. At 1300 °C, cordierite peaks are accompanied by small peaks of clinoenstitate. Samples prepared with 20 wt.% and 30 wt.% dunite sintered at 1300 °C had high peaks intensities of cordierite, the sample prepared with 20% dunite is closer to the chemical composition of cordierite. Magnetic separation was used to reduce iron in dunite to 1.21%, and different quantities of dunite were used (20 wt.%, 30 wt.%, and 40 wt.%) sintered at 1350 °C. In mixtures containing 30 and 40% dunite, cordierite was the only mineral. By using magnesium oxide instead of dunite rock in the mixture and sintered at different temperatures of 1200 – 1350 °C, cordierite appeared with mullite and cristobalite in all samples. 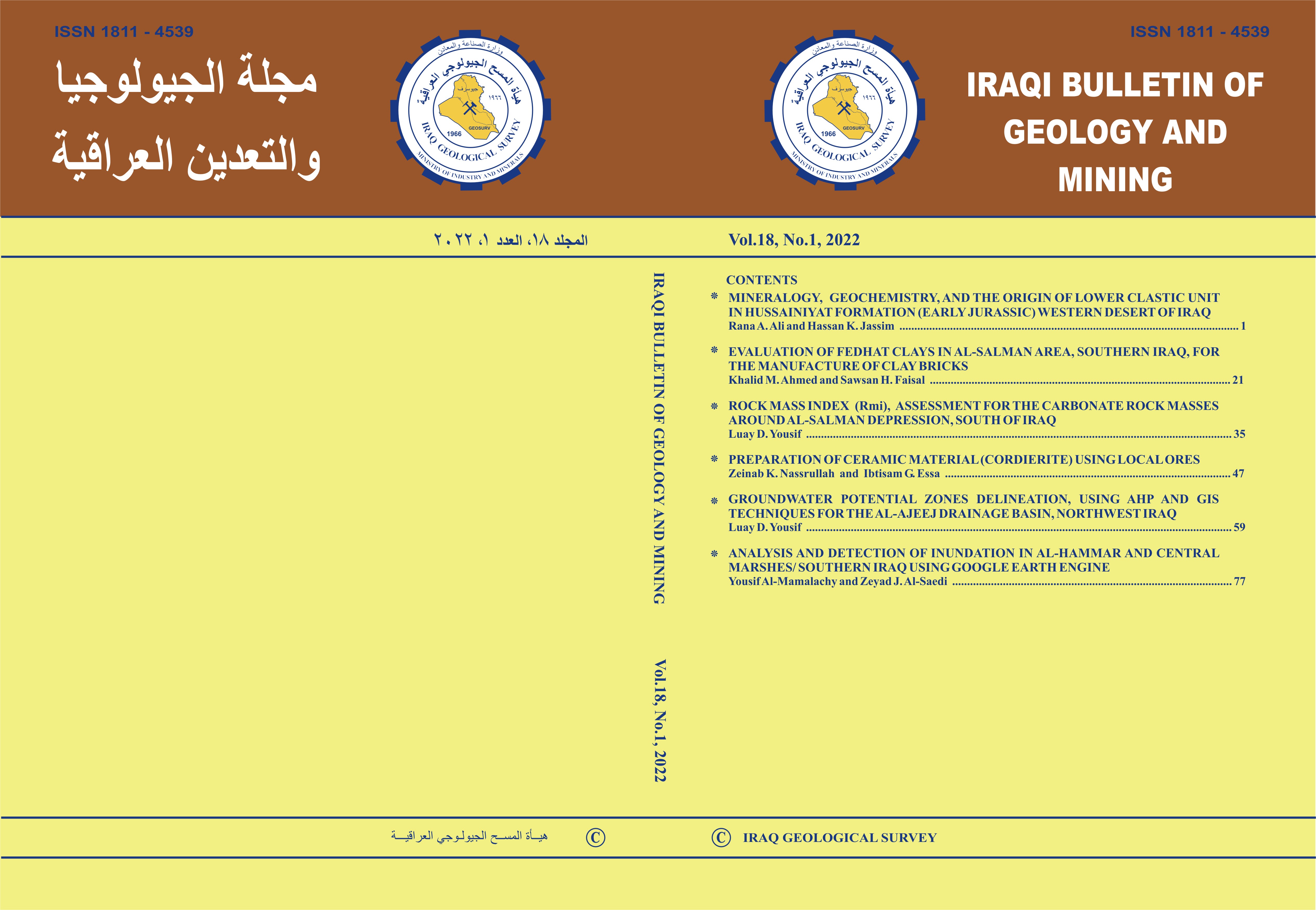