A mammoth tusk was found in Cham Chamal area, Northeast Iraq. It is found in the clastics of the Late Neogene sediments, within a conglomerate bed of the Bai-Hassan Formation (Pliocene – Pleistocene).

The aim of this report is to document the discovery of the mammoth tusk fossil.

The site is located within the Southwestern limb of Darband Bazian Anticline, at Qara Dagh Mountain, southwest Sulaimaniyah City (Fig.1). The mammoth tusk was uncovered by the action of the seasonal stream water.

The area includes the Late Neogene sequence of Injana, Mukdadiya and Bai Hassan formations. These formations are exposed in a small synclinal structure at the northeastern edge of the Low Folded Zone of the Outer Platform of the Arabian Plate (Fouad, 2012).

All of the previously discovered vertebrate fossil remains were found in the clastic sediments of these formations.

Behnam (1977) and Raji (1978) mentioned that very rare fossils in Bai Hassan Formation were recorded, such as some smooth ostracods, charophytes, bryozoa and Mammalian bones.

Al-Zubaidi and Jan, (2015), reported the presence of vertebrate fossils in Fatha, Injana and Mukdadiya formations. Those vertebrate fossils include mold of fish fossils and large femur bone of mastodon and large number of bone remains, which were deposited and preserved within rock units of evaporate and fluvial environments.

The Bai Hassan Formation is exposed almost in all anticlines of the Low Folded Zone; east of Tigris River (Sissakian and Al-Jibouri, 2012).

Mammoth, mastodons, and elephants belong to the family Elephantidae, a group of large land trunks and tusks (Shoshani et al., 2007). Most populations of wooly mammoth are found in North America and Eurasia. 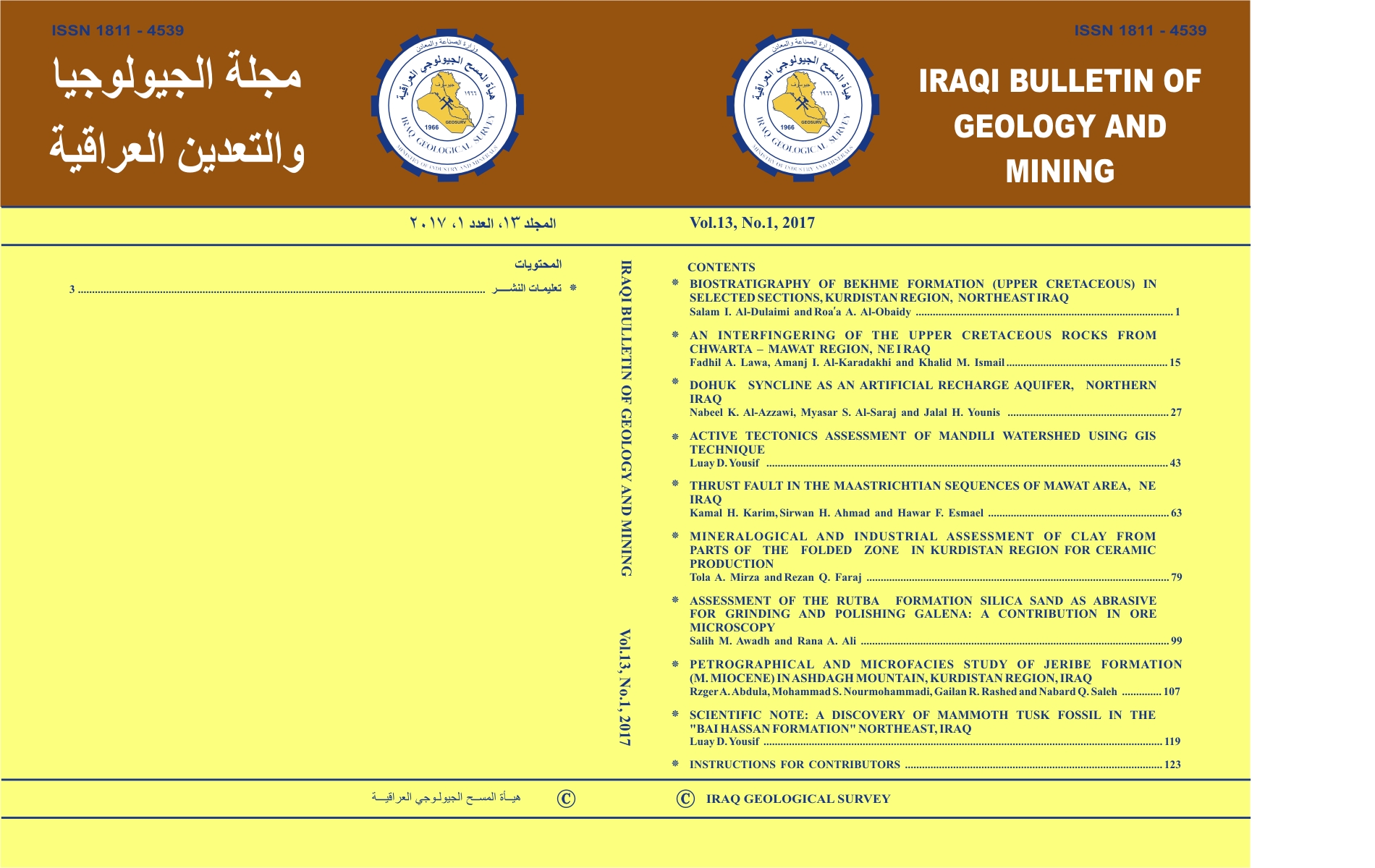