The first airborne gamma ray survey of Iraq accomplished 40 years ago by Compagnie General De Geophysique (CGG). The results are several count-rate maps of different scales of Potassium, Uranium, Thorium and Total Count. The survey parameters were a spectrometer designed by Exploranium Company (DGRS 3000) detecting gamma rays by 800 cubic inches NaI sodium iodide scintillation crystal associated with photomultipliers with digital recording. The flight line spacing was 2 Km and in some places 5 Km, and the whole area was flown at an altitude of (135 – 140 m) except for some blocks over the alluvium plain where it was flown at a constant barometric altitude of 400 m (Fig.1). Band widths of the radioelement and the sensitivities are shown in Table (1). The corrections made on the raw data are Compton Scattering Correction and altitude correction, (CGG, 1974).

According to the International Atomic Energy Agency (IAEA, 2003), (Grasty et al., 1997) and (Minty et al., 1997), these parameters may not meet the recent standards due to the development of later standards and calibration procedures. Furthermore, the IAEA have shown that the early measurements were often taken with uncalibrated equipment and the data were reported in units that are relative measure of the radioactivity while recent gamma ray spectrometer survey results are reported as either dose rate or radioelement concentrations, which is not the case with the data of the Iraq Geological Survey (GEOSURV). Therefore these data need detailed assaying and quality checking. The IAEA has played a major role in upgrading airborne gamma ray data by sponsoring standardization and back-calibration missions in many countries. The general procedure is quality checking of the original radiometric data to ensure that the data are leveled. The data are then converted to dose rate in air or radioelement abundance in rocks (IAEA, 2003). This note tries to show the fact that the airborne database need to be upgraded and shows how gamma ray data in countries like Australia and the Czech Republic were standardized and the possibility of applying such program to upgrade the airborne gamma ray database of GEOSURV, through the IAEA sponsored program. 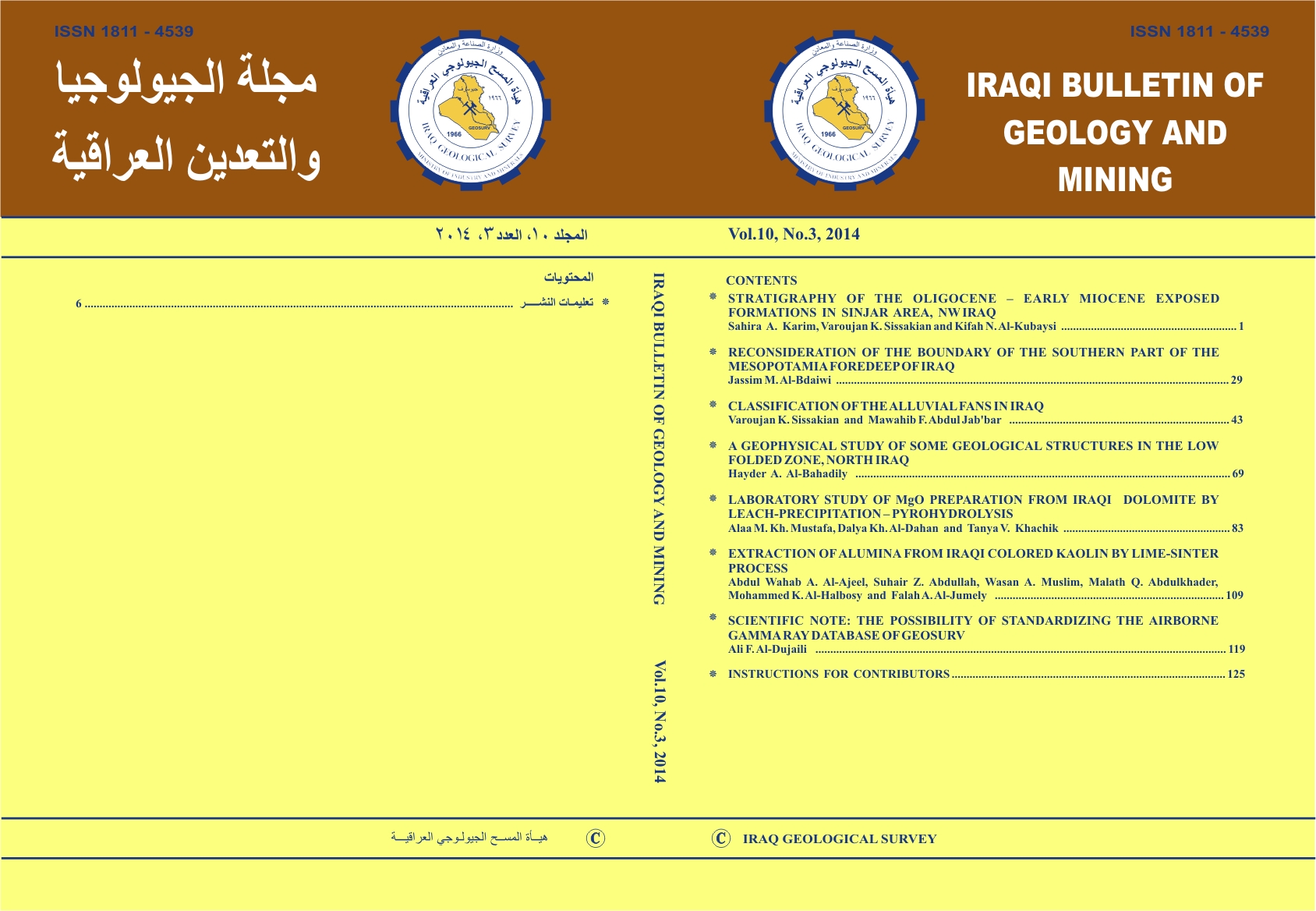